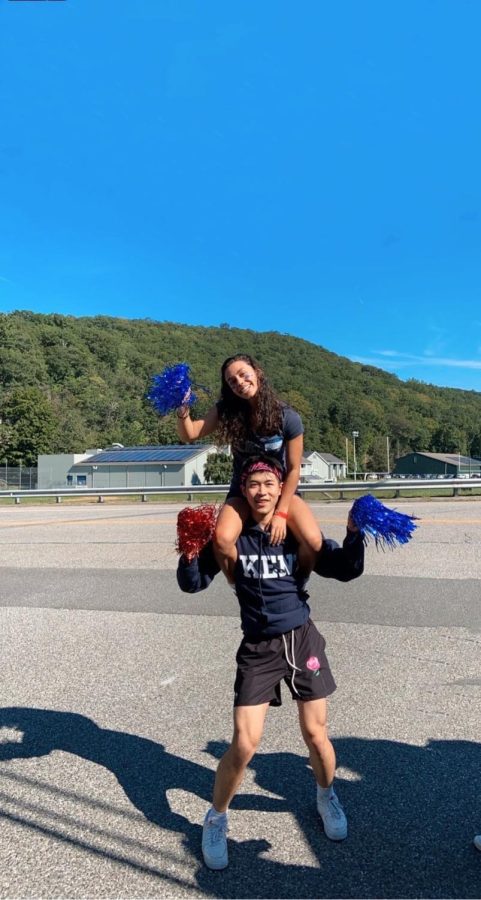 Accepted into a number of excellent universities, Harry Song ’22 will study public policy or English Literature in college wherever he ultimately decides to matriculate. Song has always enjoyed reading critical theory, devising policies, and bettering his immediate surroundings, which both paves a path for his future career and helps him serve as an SC member while at Kent.

Though Song recently decided to focus on his interest in public policy and literature, he always wanted to be a doctor before then. Throughout his four years at Kent, Song has taken AP Biology, AP Chemistry, AP Physics C, and AP Psychology. He also has thrived as an English student in Honors English classes and in AS English Literature. To explore his interest beyond the scope of academic classes, Song did an independent study on creative writing with Ms. Morris, an independent study with Dr. Zibro on Jewish and Asian-American Identities, and another independent study with Mr. Houston on Neurotology. According to Song, “independent studies is my way of enriching the curriculum in a way I like.”

In his sixth-form year, Song serves on the SC and works towards his goal of bettering the society in which he lives. He enjoys talking to the administration, teachers, and students  about their visions of the school. In the past few months, Song has worked with Alumni and Development; with Mr. Coulombe, the Dean of Community Life, about shaping the curriculum for that course; introduced the Student Council to underformers; and focused on student life and dorm life.

When reflecting on his Kent experience, Song realizes how he’s changed his direction many times to explore more opportunities. For instance, he dropped Spanish to take Greek, chose crew over the musical, and tried hockey during his junior year. “Just take care of yourself,” Song chuckled, “find your people at Kent, experience as much as you can, and don’t limit yourself.”