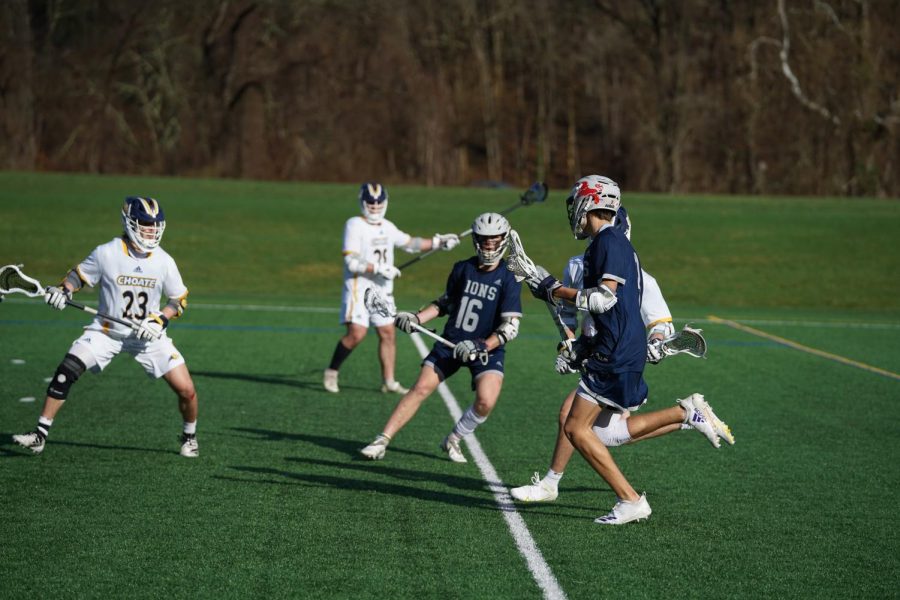 On a sunny Wednesday afternoon of April 13, the boys varsity lacrosse team started their third game of the season against Millbrook School.

Although we lost with a final score of 5-18, it was a hard-fought game, lasting for more than one hour under the hot sun. Our players always ran at their full speed and used all their strength to score, but unfortunately the odds were in Millbrook’s favor.

The first half was perhaps Kent’s strongest. The defenders were excellent, though the opponents tried many times and had some really good chances. Our attackers also presented their best efforts.

In the second half of the game, all the players seemed to be more passionate. In the last period, after defending their attacks, one of our players quickly controlled the ball and ran to their goal and scored. Shortly following this goal, we got two more goals within five minutes, the last one with only fifteen seconds left. Those goals and the performance of our player made all the audience on the bench stand and cheer.

It has been a pretty tough start for our varsity team, which has begun with a series of difficult losses. We have a new Head Coach, and nearly half of the team is new to varsity. They’ve only been practicing together for less than a month, and though the scores haven’t reflected it, our team is becoming better and our players are fighting harder.

“Every game in the Founder’s League is very tough, and in every game, we are going to play our best. Our guys are prepared and are ready to face any kind of challenges,” said Head Coach Mr. White.