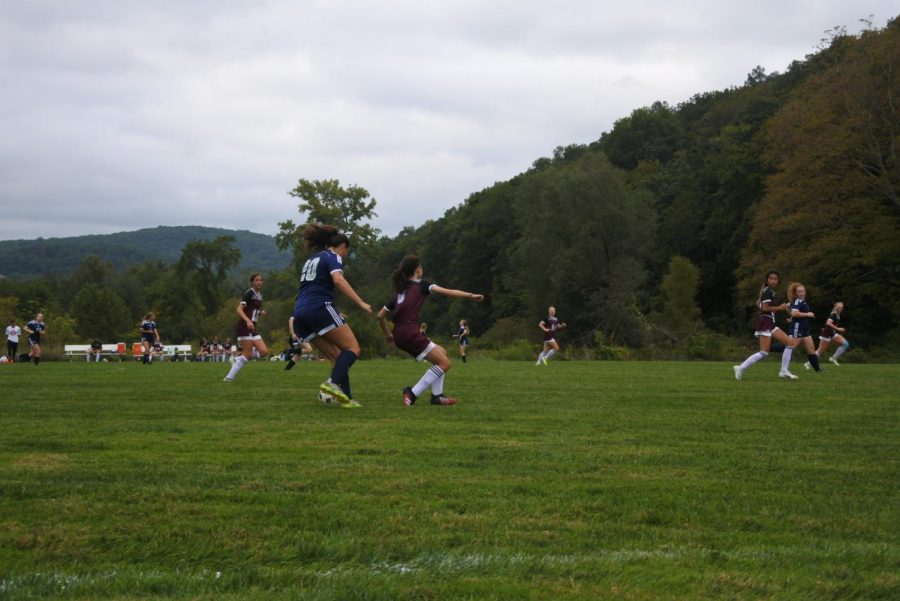 The girls JV soccer team opened their season with a game against Indian Mountain School.

During the first half of the game Kent defended the goal with excitement and energy. Goalie Lily Raskind ‘25 blocked many attempts by the opposite team. Arden Minor ‘24 tackled the ball with grit and strength. The two teams went back and forth between the two goals, at the end of the first half, Indian Mountain scored a goal. At half-time, both teams went to their respective corners and talked with their coaches.

At the start of the second half, Indian Mountain scored another goal right after Carly Lloyd ‘25 scored a goal for Kent. Lulu Ransom ‘23 assisted Carly by blocking the defense from the other team. Serena Lowy ‘24 and Annabelle McLean ‘23 also defended the goal with incredible spirit. By the end of the game, Indian Mountain had scored five goals to Kent’s one.

Coach Prickett spoke about the incredible progress the team has made within the first week of practice. She thought “it was really cool to see [the players] improve.” During the pandemic, players had to practice with masks on, which for soccer blocked peripheral vision. Ms. Haley Prickett, the head coach, believed that COVID-19 “emphasized the resilience of athletes.”

Some goals of the fall season include having fun and learning new things. Coach Prickett’s favorite team workout is yoga, which often occurs at the end of practice. The final piece of advice from the head coach is “the less you think the better you play.”