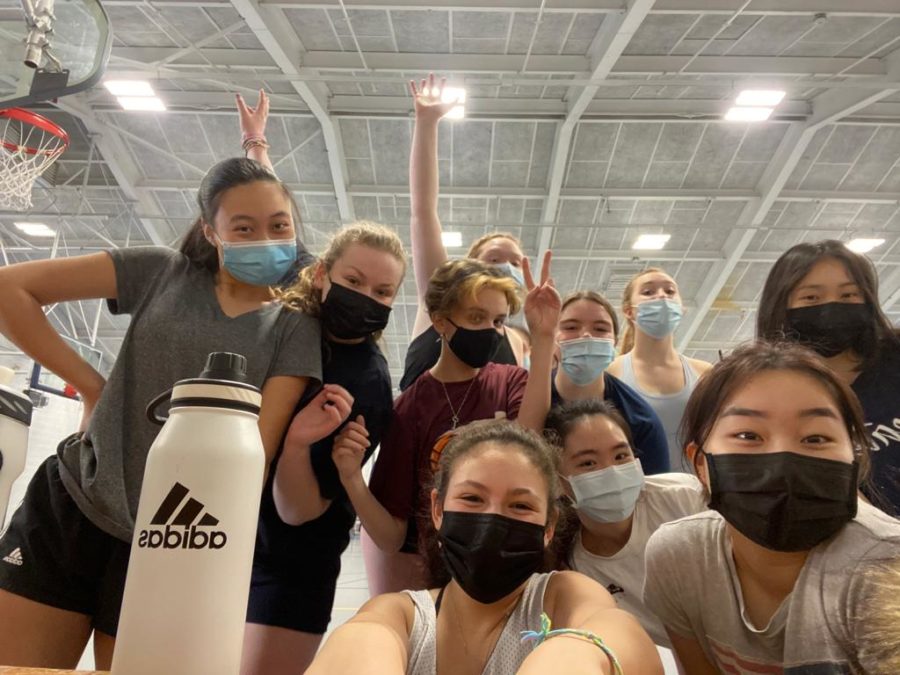 With the easing of quarantine restrictions, Kent School has made significant efforts for students to resume athletic practices and interscholastic games with neighboring schools. Kent’s own girls JV Basketball team headed into the winter season strong, led by coaches Mrs. Parsons and Mrs. You and team captains Tiffany Chan ’22 and Annabelle McLean ’23.

Captain Tiffany Chan’22 is excited to be practicing with a “strong team” and comments on the team’s “strong bond.” While there are quite a few new players on the team this year, “they’re very aggressive on the court” and “are great assets to the team.” Ms. Parsons agrees, praising how “everyone on the team has improved so much since the beginning of the season and are having fun while working on their skills.”

The team’s first opponent was Canterbury, and while they lost, captain Annabelle McLean’23 commented on how the games “went very well overall” and that “everyone learned so much from the games.” Looking forward, they “now know what to work on during practice, and by working hard, (they’ll) win our next game.”

And indeed they did. The girls ended their last game of the season with a stunning 10 point victory against Miss Porters. McLean exclaims how “All players performed excellently, with Charlotte Coechner scoring numerous layups, Finely Rupright snatching many rebounds, and Mia Espinosa intercepting tons of passes, to name a few.”

Undeniably, the girls’ hardwork and determination paid off. Ms. Parsons proudly says “I have enjoyed coaching them greatly and looking forward to a fun week next week to finish our season and to next season!”