The Extradition Bill: Why It Matters so Much to Hong Kong Students 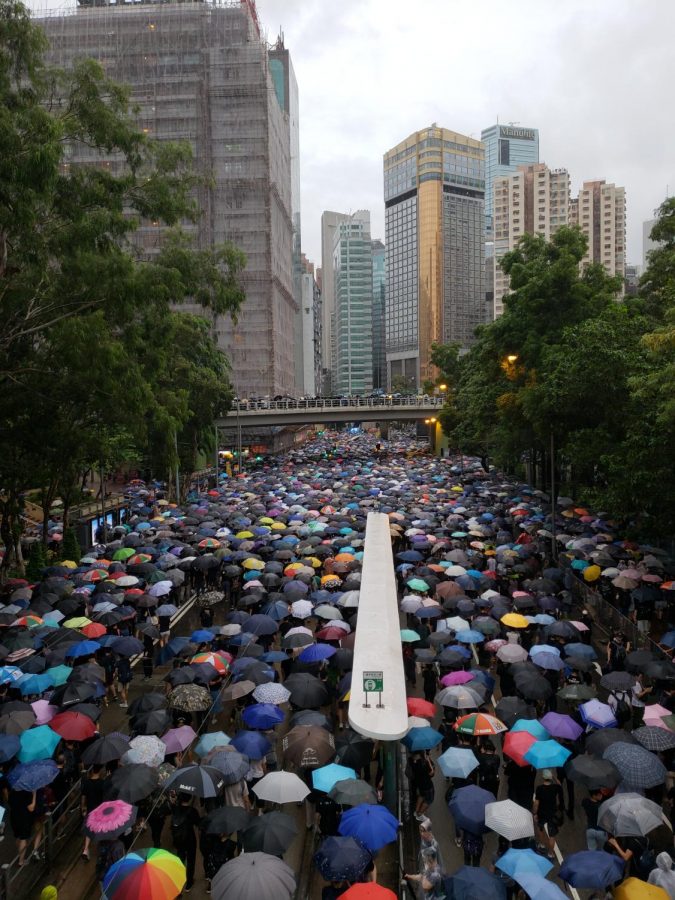 For the past five months, Hong Kong has experienced persistent political turmoil. Repeated protests and riots, excessive police force, triad activity, and an uncommunicative government has torn the previously peaceful city apart into a society of divisiveness and controversy.

In short, the extradition bill proposed by the government earlier in May has sparked voices of protest from many Hong Kong citizens, as they fear being extradited into mainland China for saying or doing anything the central government deems inappropriate.

Originally peaceful protests have quickly escalated into violent clashes as more and more citizens have urged the government to respond to the protest’s “five demands”: the withdrawal of the bill, inquiry into the police’s use of force, reclassification of ‘rioters’, pardoning of arrested protesters, and universal suffrage.

However, despite the persistence of violence and unsettlement, young people remain the most instrumental group in the propagation of the anti-extradition movement. For many of them, this movement goes beyond simply defending civil liberties that have a potential of being taken away. The motives behind this unrest require more perspective by looking back at the history of the city.

Hong Kong, after its return to China in 1997, functioned under “One Country Two Systems” – a system created by Deng Xiaoping – which guarantees that Hong Kong would run under its own administrative and economic structures for 50 years, with the premise that Hong Kong is by no means independent and is completely a part of China.

A large part of the youth that support or participate in the protests were born after 1997, and have known no other Hong Kong than the one that operates under “One Country Two Systems” and the Basic Law.

As such, this fact separates this generation, our generation, from all older ones, because it is the first that has no direct and disproportionate influence from either the British or the mainland; this is the generation that lives under a unique mixture of traditional Chinese values and the remnants of British culture.

Our generation is brought up by parents and society to value filial piety and devotion to the family and the “group” in general. At the same time, we live under a semi-democratic system with a separation of powers in the government and an assurance of the protection of civil rights and liberties. This has created a new and different identity among the youth of Hong Kong, who feel like “they’re not like mainland, but not like the West either.”

According to Bloomberg, “Hong Kong has been ranked the world’s least affordable housing market for a ninth straight year.” The fact that housing prices seem to be on an unending rise for the past several years has dampened the spirits of students regarding purchasing our own homes in the future.

In response to this problem, the government has not made truly impactful steps to ensure our security of life in Hong Kong, instead telling us to move to the rest of the Greater Bay Area, the region consisting of cities such as Hong Kong, Macau, and Shenzhen, to seek opportunity. While this inherently may not be a bad idea, one must have the means to move to be able to take advantage of those opportunities, and leaving home where you are safe and comfortable is usually far more easily said than done.

With regards to academics, Hong Kong, like many other places in Asia, has been known for its academic rigour and intensiveness. Many students have grown up being told that good grades are vital to having a stable life in the future. To many parents, getting good grades allows for their children to get into a good college, which then means that they will be able to obtain a high-salary job to maintain a stable living.

In order to get their children into the best of schools, many parents have enrolled their children–as young as five or six–in outside tutoring classes to bump up their grades, and force them to participate in as many extracurricular activities as possible to impress schools.

Additionally, schools often give out homework to 1st and 2nd graders that usually takes hours to complete. Having lived our entire lives under a system where teaching is a presentation of facts to be memorized, and where the primary objective of learning is to earn a number on a piece of paper, most of us see no deeper meaning in education, and only play the game in order to get out of it, or to satisfy the expectations of parents and society as a whole.

Faced with feeling like education is meaningless and that the future holds no hope, it is difficult for anyone, much less young people, to be able to stay positive and determined. Our identity as Hongkongers is perhaps the only things we, the youths, can hold onto, even though we know that even this might very well come to an end, and our fear of that is ever increasing.

When the extradition bill was put in place, many, especially students, felt that this identity was being threatened. The highly pressurized educational system and the dim prospects of home ownership have long since sank the faith students had in the HKSAR government; this bill only manages to bring forth our desperation, as we struggle for a sense of meaning and hope.

We understand that we may not be able to solve the problems that plague our academic lives or our futures, so we hold fast to the freedoms that we have to voice our opinions. Our civil liberties are, in certain ways, an outlet to allow us to vent. Whether it is practicing a faith or religion, joining a protest, or ranting online, our freedom to express our thoughts is what keeps us afloat.

This bill does not simply impact our sense of security, it is an attack on the collective identity and character of young Hongkongers. So when the call for resistance arose, many responded without hesitation, some even throwing their lives on the line. The protests, whether violent or non-violent, give students a sense of belonging and strength we otherwise have never had, and gives us hope that we, in fact, can determine the terms of our futures.

Faced with the same circumstances, it would not be surprising for anyone to harbour similar sentiments. And though it is true that many of the actions taken by the youth to express their opinions in the protests — such as brick-throwing and public property destruction — are unlawful and highly disruptive, it is important to keep in mind that students are living with the perspective that without these freedoms, they will be forced to live under a society that will not allow them to find stability and thrive.